What Makes Orthotics Custom Made? Part 1. 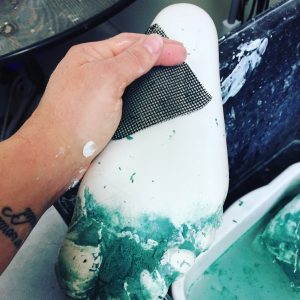 What makes orthotics custom made? I get asked this question on a regular basis. There’s a lot of marketing out there based on the word “orthotic” that makes it sound like a packaged insole is the same as a custom made orthotic from a Certified Canadian Pedorthist, but that’s just not the case.

The definition of the word orthotic according to the Merriam Webster dictionary is here: https://www.merriam-webster.com/dictionary/orthotic

That definition says this: a device (such as a brace or splint) for supporting, immobilizing, or treating muscles, joints, or skeletal parts which are weak, ineffective, deformed, or injured.

Basically the term “orthotic” does not mean just a foot orthotic. It can refer to anything that is supporting or stabilizing any part of the body. This is how companies are able to package off the shelf insoles and call them orthotics, because if those insoles offer a bit of support then yes, they fall into that category.

A custom made orthotic is a whole different ballgame. That term refers to foot orthotics that are custom made from scratch for a client. There are many ways to cast the foot, and I’ll leave that for another post. However once a cast is taken, often the next step is to make a plaster positive of the client’s foot, meaning I now have an exact representation of the foot in a corrected or neutral position.

Cleaning the cast refers to smoothing the plaster positive, and personally I use drywall screen as an abrasive for this. In the picture I’m holding the screen at the arch of the client’s cast, with the toes pointing down.

Creating a custom made orthotic takes many steps, many years of background knowledge and practice, and this is showing just one tiny part of a very involved process to create orthotics that are truly custom made for each and every foot.